Yes No ×
Blog Back to overview 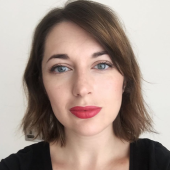 Today’s world of work is changing. The dynamic between employee and employer is evolving, and now employees are starting to become more vocal about their needs.

This is why feedback plays a vital part in driving this change. When organisations initiate a two-way dialogue with their employees and actively listen to what they have to say, it is not only critical for employee engagement, but it results in better performance, productivity and employee retention.

In our latest Heartbeat report titled The Employee Voice, we examined over 11 million survey comments to find out why employees speak up, what they’re saying — and crucially, if their employers are listening.

This is what we found.

In the Peakon platform, we use both targeted and open-ended questions to help organisations understand what their employees need.

Many organisations use the following open-ended question to find out what’s at the forefront of employees’ minds:

If you had a magic wand, what’s the one thing you would change about [your organisation]?

Responses to this question ranged from pay and salary and workplace relationships to business strategy. Employees also notably called for better communication from their employers.

These responses may not seem magical, but they reflect that employees are discussing very real issues that their organisations have the ability to solve — as long as they’re listening.

Employees are more likely to speak up when upset

Employees are also asked targeted questions about different aspects of their workplace experience. For example:

How likely is it you would recommend [company name] as a place to work?

Respondents provide a score on a scale of 0 to 10, and have the option to leave a comment.

When they leave a low score of 0 on a survey question, they are over 40% more likely to comment telling their employer why. Comparatively speaking, employees are twice as likely to leave a comment on a score of 0 than a score of 10.

Employee needs — and the topics they discuss — evolve over tenure

From day one at a new organisation, employees have an ever-evolving set of needs and expectations that are reflected in the topics they bring up in their survey comments.

Employees in the first three months of their tenure are twice as likely to refer to their organisation’s culture, while between three months to a year, they’re beginning to find their voice at work.

At five to ten years with their company, employees are thinking more strategically about their company’s mission and goals — and are three times more likely to refer to business decisions. When an employee has been with their organisation over a decade, they deeply value their relationship with their company and feel a sense of pride and satisfaction about their professional life.

The younger generations — Millennials and Generation Z — both surface financial concerns in their comments, too, showing that today’s uncertain job market continues to hit them hardest in their wallets. But that doesn’t stop Generation Z from caring about the environment — their comment topics show that plastic use at work is a concern. Meanwhile, Generation X, Baby Boomers and the Silent Generation all value communicating with their employer and contributing ideas — are you tapping into their collective expertise and viewpoints?

Analysing the employee voice by industry shows that there’s a clear split between office and non-office-based industries.

Employer responsiveness doesn’t quite match up: office-based businesses in the Technology and Professional Services sectors are most likely to respond to employee comments, while Energy and Utilities employees — which has one of the highest employee comment rates — are some of the least likely to see a response.

When we segment employee comment rate by region, it turns out that employees in Oceania and Latin America and the Caribbean are the most likely to speak up, with an almost 40% likelihood of leaving a comment on a survey. By contrast, Africa and Europe are the least vocal regions.

Europe is the most responsive region overall, while Africa takes the bottom spot for organisation response rates. While Latin America and the Caribbean employees may be the most vocal, they are also the least likely to receive any kind of response from their organisations.

Why organisations need to listen

Looking at these findings, we can see that this matter represents two sides of the same coin. Employees are most likely to speak up when they have a problem they want their employer to fix. If you’re not listening to what they have to say, then this could result in reduced productivity and engagement, and eventually, higher turnover.

This post provides just a snapshot of our full Employee Voice report, which you can find at our website: heartbeat.peakon.com, an interactive hub for workplace research and analysis.

You can also find our other previous reports, which take a look at generational differences in the workplace, the warning signs for attrition prediction and the strategic benefits of women in leadership:

What Are the Benefits of an Employee Satisfaction Survey?

What Are the Benefits of an Employee Satisfaction Survey?